Almost 23% of all auto accidents involved cell phones in 2011. That calculates to about 1.3 million crashes where drivers were texting, talking on the phone, or dialing a number. Though these acts may only cause your eyes to be taken from the road for a couple of seconds. In those brief seconds you could fail to see a person in front of you slam on brakes, see a pedestrian crossing the road, notice a stop sign or a red light, or even lose control over your car. On average the minimal amount of time that people take their eyes off of the road in order to read or respond to a text or to dial a number on their phone is 5 seconds. If you are driving at 55mph then the five seconds that you have taken your eyes off of the road is equal to the length of a football field. A lot could happen doing that amount of time, such as a deer jumping into the road and you swerving resulting in a collision with a car in the next lane.

In order to decrease and hopefully eliminate the amount of highway accidents that involve cellular devices law makers are banning drivers from utilizing a cell phone while behind the wheel. In the state of Virginia, all drivers are prohibited from texting while behind the wheel. In the event that a person is suspected of texting while driving, a police officer can pull them over, because in Virginia this is considered a primary offense. There is a monetary fine for individuals that are caught texting and driving. The first offense will result in the driver receiving a $125 fine, any offense after the first will have a consequence of a $250 for each offense.

There are additional laws regarding cell phones that are targeted for the younger drivers. Drivers that are under the age of 18 are banned from using any type of communication device while behind the wheel. This can include any form of talking on the phone or utilizing any other device such as a PDA. Using the speakerphone feature and/or communicating via Bluetooth fall under this category and are banned. These particular laws have been put into place to help young inexperienced drivers to focus more on the road. Phone calls can become a distraction for us all while driving on the highway, but the experience that many us has developed over the years allows us to stay focused on the highway and our surroundings while having a verbal conversation on a mobile device. Though this law is geared toward the individuals 18 and younger, older adults shouldn’t become too comfortable using their cell phone to talk while driving. These laws are continuing to change due to the need to decrease the number of accidents that occur on the highway and to increase the safety of the roads.

How can a simple cell phone ban while driving help to increase highway safety?

A cell phone ban for drivers can help to convince drivers to not utilize any type of mobile devices while behind the wheel. This can help to increase their “sharpness” when behind the wheel. Having full focus on the highway can help an individual to make spur of the moment decisions that could help to prevent an accident or save a life. The driver will be more alert to their surroundings and able make decisions that are rational. For example, a driver that is driving through a residential neighborhood can encounter a child who steps into the road briefly to recover a ball. Being attentive completely to the road allows the driver to see the young child and make a stop while the young child retrieves his or her ball and gets out of the street. If a person was using their phone for five seconds, these situations could have a tragic ending. The driver may glance down at his or her phone for a couple of seconds and not see the child in the street resulting the child being seriously hurt or killed and the driver being the blame.

Currently, only 13 states have a ban on all handheld devices for individuals that are behind the wheel. Virginia may become added to this number as they have already banned individuals aged 18 and younger from using these devices. The reason for such laws is not to decrease the amount of freedom of drivers but to make the highway a safer place where less vehicular accidents occur. If you have been injured in an accident due to the negligence of someone using their cell phone, contact us for a free case review.

No Recovery, No Attorney Fee 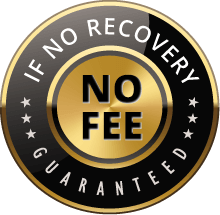 Disclaimer: Attorney's fees are separate and distinct from the costs and expenses associated with a case. A client's contract for legal services may or may not obligate them to pay for costs and expenses incurred in the case as they come due, regardless of the case outcome. Learn more about contingency fee agreements.