Does a DUI become part of my permanent record?

Even if nobody was hurt, a DUI arrest can have lasting consequences. In addition to marring your driving record, an arrest or conviction creates a criminal record in your name. This can make it harder to find a job or secure housing and raise your vehicle insurance rates for quite some time. 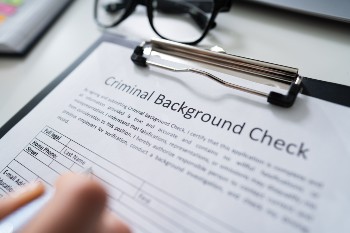 Whether or not your DUI becomes part of your permanent record depends on where the offense occurred and if you plead guilty or were convicted of the charge. Generally speaking, it is easier to have the record of an offense removed if you were arrested but the charges were later dropped or dismissed. If you plead guilty or were convicted, expungement may be impossible.

Due to the seriousness of the charge, you should seek experienced legal counsel as soon as possible. Tucker, Nong, & Associates provides aggressive DUI representation for clients in Virginia, Maryland, and Washington, D.C.

Records of DUI Charges in Virginia

In Virginia, you can have the record of your DUI arrest sealed or expunged if the charges were later dropped or dismissed.

If you pled guilty or were convicted of a DUI charge, that record is permanent unless you successfully appeal for a pardon.

A DUI will add six points to your license and remain on your driving record for 11 years. However, you can have points removed if you maintain a clean driving record or take specific driver’s improvement classes.

Records of DUI Charges in Maryland

In Maryland, if you were arrested for DUI but never charged, the arrest record is expunged automatically within 60 days of your release.

If you face a  DUI or DWI misdemeanor charge, it would generally be eligible for expungement if it falls into one of the following categories:

Judicial findings of “Guilty” for DUI and DWI offenses cannot be expunged, nor can cases that receive probation before judgment (PBJ). However, a PBJ will allow you to truthfully claim you have never been convicted of a crime and will not allow insurance companies to raise your rates.

Your Maryland driver’s license will earn points and could be suspended or restricted after an alcohol-related conviction as well. While alcohol-related offenses cannot be removed from the driving record, the points expire after two years.