A drunk driving charge is a serious offense that can greatly affect your life in a negative way. In order to prevent any potential abuse in your case, it is vital that you are aware of your rights and to make sure that they were respected during and after your arrest. This article will explain potential fines and penalties for DUI and DWI in Washington, D.C., as well as what you will need to contend the charges against you in court.

Differences Between Driving Under the Influence (DUI) and Driving While Intoxicated (DWI) in D.C.

Every state in the U.S. relies on blood alcohol concentration (BAC) levels to establish whether or not a driver is impaired by alcohol. In the District of 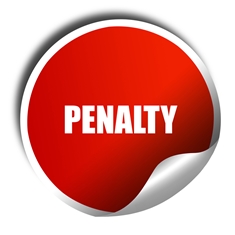 Columbia, the charge of driving under the influence (DUI) is the lesser of the two drunk driving offenses. In order to arrest drivers for DUI, the police must have evidence that the driver’s BAC is .07 percent or lower, as well as evidence that the person’s driving was impaired (such as results of a field sobriety test or traffic infractions committed before the vehicle was stopped).

Driving while intoxicated (DWI), on the other hand, is the charge issued when a driver’s BAC reaches .08 percent or higher. In these cases, the police do not need further evidence to arrest a suspect, and the driver can be convicted in court based only on the breath, blood, or urine test results.

Penalties for a DUI or DWI in the District include:

Drivers who operate vehicles as part of their employment may be arrested for drunk driving if they have a BAC of .04 percent or above. Intoxicated drivers of taxicabs, delivery trucks, city buses, or school buses can be sentenced to 180 days in jail, pay up to $1,000 fines, face a six-month license revocation, and serve a mandatory minimum of five days in jail.

Washington, D.C. has some of the strictest laws in the U.S. to discourage underage drinking. Persons under the age of 21 can be charged with DWI if they are pulled over with a BAC of anything over .00 percent in their breath, blood, or urine. Minors may face additional penalties if they:

Depending on the circumstances of your arrest, you may face additional penalties, including mandatory jail time in a DUI or DWI case for:

Refusal to Take a BAC Test

The District also mandates a law of implied consent for all drivers. This means that, simply by driving a vehicle, you consent to drug and alcohol testing by a police officer. If you refuse to take this test, your license will automatically be suspended for 12 months by the Department of Motor Vehicles. If you are driving with a learner’s permit or do not have a license, then you will not be able to apply for a license for 12 months.

What Should I Know After a Drunk Driving Arrest in Washington, D.C.?

Intoxicated drivers in the District of Columbia can face both civil and criminal penalties. Civil penalties are carried out by the Department of Motor Vehicles (DMV), and you must answer to the criminal charges in court.

One of the first things that will happen after you are arrested is that the arresting officer will give you an Order of Proposed Revocation, immediately suspending your license. Your license will be suspended for anywhere from six months to two years, depending on the level of your offense. This suspension is performed by the DMV and is completely separate from any further suspension or revocation ordered by the court.

In order to get your license reinstated, you must pay a fee and offer proof of insurability (an SR-22 certificate) at the end of the suspension period. If your license is revoked, it can’t be reinstated—you must apply for a brand new license. If you attempt to drive with a revoked or suspended license in D.C., you will face additional penalties.

There are many ways the evidence against you may be refuted in court. The best way to proceed is to find a DUI attorney who is familiar with the court system and potential outcomes for these charges in the District. If you’ve been arrested for drunk driving, contact the Washington, D.C. DUI and DWI lawyers at Tucker, Nong and Associates today for an evaluation of your case.