From sitting through an unpleasant traffic stop to appearing in court, a DUI arrest can be a terrifying experience for those unfamiliar with the criminal justice system. Being arrested and booked into jail is harrowing enough, but now you are facing the loss of your driving privileges, points on your driving record, and dealing with the consequences of an ugly conviction on your otherwise pristine criminal record. In this article, we explain the legal ramifications of a DUI arrest in Virginia, as well as some of the circumstances that can affect your case.

Penalties for a Virginia DUI Conviction

A driver may be charged with Driving Under the Influence (DUI) if he or she has a blood alcohol concentration (BAC) of 0.08 percent or higher. In 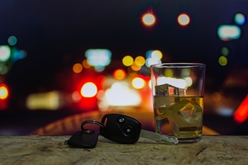 Virginia, the terms DUI and DWI can be used interchangeably, since all drunk driving charges are classified as either felony or misdemeanor offenses. Drivers will face increasingly harsh penalties depending on the circumstances of their offenses, including:

Drivers charged with drunk driving in Virginia for the first time will suffer immediate license suspension for seven days and face a misdemeanor DUI offense. The first conviction can result in a maximum fine of $300, a minimum of 50 hours of community service or up to one year in jail, six points against your license, mandatory enrollment in an Alcohol Safety Action Program (ASAP), and a criminal record. Drivers may also have their licenses revoked for one year or be forced to install Ignition Interlock Devices in their cars to retain use of a restricted driving license. A restricted license allows someone to drive to particular locations like work, college or to see a doctor, but this option is contingent on the facts of the particular DUI case.

A second DUI offense will result in the administrative suspension of your license for 60 days, and mandatory jail time that can range from between ten days to one year, depending on how soon it occurs after your first DUI conviction. Depending on the circumstances of your case, you may face indefinite license revocation, a minimum fine of $500, and possible installation of an Ignition Interlock Device.

Third and fourth offenses are considered felony DUI charges in Virginia, which can result in the seizure and forfeiture of your car as well as a minimum $1,000 fine. If your third DUI occurs within five years of the previous two DU offenses, you can be ordered to serve six months in jail, while a conviction within ten years of your second offense requires you to serve 90 days in jail. For a fourth DUI offense, you may receive a minimum of one year of jail time.

As drivers who transport heavy loads and a high number of passengers place many people at risk when they drive drunk, these people face stricter laws and higher penalties for DUI offenses. Truck drivers, bus drivers, and those who operate commercial motor vehicles can be arrested for DUI if they have a BAC of .04 percent or more. For a first-time DUI charge commercial drivers face automatic suspension of their commercial driving licenses (CDL), up to one year in jail, a $2,500 fine, and possible disqualification of their CDL.

Drivers younger than 21 must have a BAC of less than .02 percent to avoid being charged with a DUI. If a driver is under the legal drinking age and is found guilty of a DUI, he or she faces license suspension for one year, a $500 fine, or 50 hours of community service.

The state of Virginia mandates higher drunk driving penalties in certain circumstances, such as when there is a serious threat to public safety, danger to minors, or accidents that result in fatalities. Drivers may face additional penalties for:

If you are convicted of a DUI while transporting children, you may also be subjected to five additional days in jail and fines that may range up to $1,000.

How a Virginia DUI Conviction Impacts Your Life

A DUI can impact nearly every facet of your life, causing damage for months and even years into your future. If you are convicted, you will likely see changes in your:

If driving is part of your job, you may be terminated. If the charge is documented as a permanent criminal record, you may have difficulty finding a job in the future.

Your auto insurance rates will increase after a DUI conviction. Insurance companies can access your driving record to determine if you’re a high risk, and adjust your rates based on the points on your license. Insurers may also decline to renew your policy or cancel your current policy.

Accumulating too many points on your license will lead to its suspension. If your driver’s license is suspended, you’ll have to pay for alternative transportation. A DUI offense can also prevent travel outside the country since the charge becomes part of your public record.

A potential landlord may refuse housing based on a background check.

A DUI charge can put a drain your finances for years after the offense. A mandatory alcohol education program can cost you $300 in an entry fee and upwards of $100 for any additional required classes. If a court orders an Ignition Interlock Device, you’ll pay $100 for its installation and between $50 to $100 per month to lease it. If your sentence includes jail time or community service, you’ll suffer a loss of income in the process.

DACA Status for Non-Citizens. A DUI conviction has a significant impact on your DACA status can cause your DACA renewal to be denied.

If you've been arrested for DUI or DWI you need to speak with an experienced drunk driving defense attorney as soon as possible. Please contact us online or call our Vienna, Virgnia office directly at 703.991.7978 or our Rockville, Maryland office at 301.637.5392 to schedule your free case consultation.